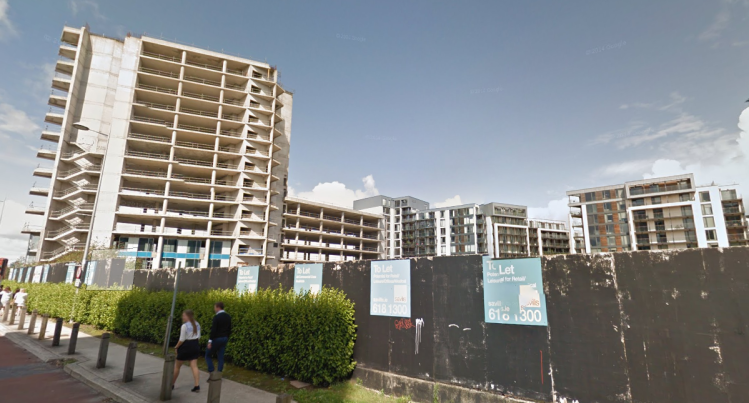 The landmark 14-storey Sentinel building in Sandyford, south Dublin, which has been left as an unfinished shell for a decade, is to be redeveloped as 300 “office suites” with sleeping facilities for workers.

Dún Laoghaire-Rathdown County Council has granted permission to Dante Property Company, owned by Galway-born brothers Luke and Brian Comer, to finish the tower block. Ten years ago, shortly before the economic crash, it was one of the tallest office buildings under construction in Dublin.

Each suite would measure 28sq m, which is 12sq m smaller than the minimum size of a studio apartment, and come with a kitchenette, bathroom and “overnight stay” facility.

The suites, the developers said, satisfy a demand for more flexibility in working hours especially for “those who work internationally, for example those working to an Asian or US work day timetable”.

Dante intends to retain the 14-storey skeleton of the building, which Cork developer John Fleming began building in 2007, and use the space for 294 office suites .

The Comer Brothers bought the Sentinel in 2011 for just €850,000. Five years earlier Mr Fleming’s company Tivway paid €245 million for an 11.3 acre site in Sandyford which was to have the tower as its centre piece.

Work began on the Sentinel in 2007, but the following year an examiner was appointed to the company and construction halted, leaving only the outer shell of the building completed. Following the rejection by the Supreme Court of a rescue plan for the company, Tivway eventually collapsed in 2010 owing banks more than €1 billion.

Local Green Party representative Eva Dowling said the building should have been completed long ago. “For the past decade, this unfinished, 14-storey building has overlooked estates all around the southside from Mount Merrion to Stepaside. It’s a daily reminder of the crash and of the fact that buildings are still lying vacant during a housing crisis,” she said.